Pennsylvania schools can tax the land on which billboards stand, appeals court says

7 Ways to get your taxes done free

How is my benefit amount calculated?

Where is my Tax Refund?

Who Should You Ask to Be Executor of Your Estate?

The Perils of moving to a tax free state 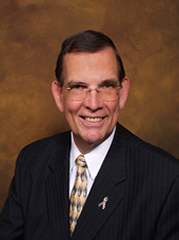 As business owners, you are constantly multi-tasking. To keep your business viable you need to keep abreast of your market conditions, what your competitors are doing, the pulse of your clients and customers and the business climate that we all find ourselves in.

Having an accountant is essential, having a CPA is smarter, and having an attorney can save your financial life. Having all 3 in one just makes sense, and can end up saving you not only money, but your business if the winds go against you!

You could also do this with real estate that may have high built-in capital gains, say a house at the beach or even in Florida which is not likely in this economy to have high capital gains.  These are just a few thoughts I wanted to pass along to you.  I’m not trying to encourage you to make donations, but if you were thinking about it, this is a better way of doing it.  In addition, if you were thinking about donating several hundred thousand dollars, and you wanted to keep some control over the direction of the donation until you die, you could create your own private foundation which gives you the ability to direct how the money is used and permits your heirs to direct it after your death.